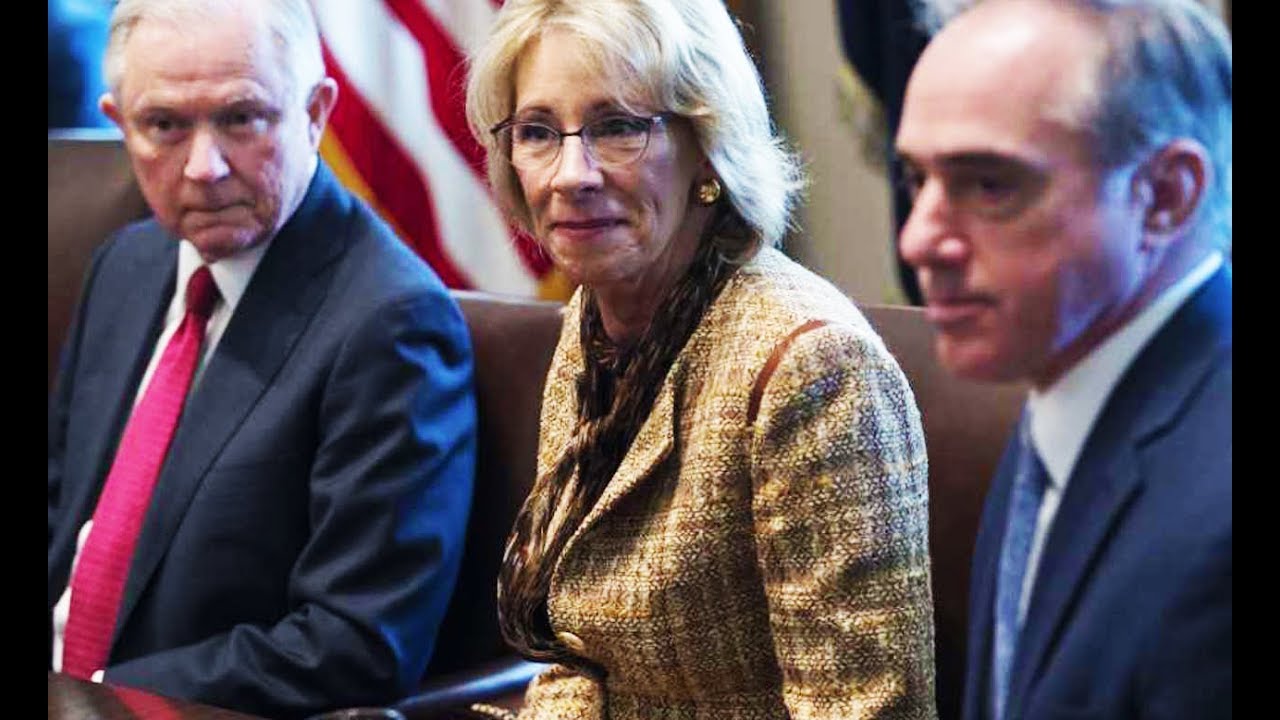 
Trump thinks setting up Bible studies for his cabinet and not attending them will play well with his evangelical base. He’s probably right. Cenk Uygur, host of The Young Turks, breaks it down. Tell us what you think in the comment section below. http://www.tytnetwork.com/join

“Many of President Trump’s Cabinet members gather at a weekly session to study the Bible, the Christian Broadcasting Network (CBN) reported Monday.

“It’s the best Bible study that I’ve ever taught in my life. They are so teachable. They’re so noble. They’re so learned,” Drollinger told CBN.
Vice President Pence, who is a sponsor of the faith sessions, reportedly joins the group when his schedule allows.”*

Download audio and video of the full two hour show on-demand + the members-only post game show by becoming a member at http://www.tytnetwork.com/join/. Your membership supports the day to day operations and is vital for our continued success and growth.